Pareidolia in the Artificial Environment

Around the desk space are 4 limited-edition art prints. The designs were made in collaboration with an A.I. image generator (playform.io). The A.I. was trained on 250+ images of previous art I had created, selected outputs created a starting point for the designs. Poetically speaking it’s a playful visual conversation between artist and A.I.

On the desk there is a dual screen video loop played on a laptop and external monitor. The videos are played and looped in sync, bouncing from screen to screen. They feature a mixture of screen recordings which document the creation and research process for the surrounding art prints. Also featured are snippets from a discussion about the ethics of A.I. art held between the artist and advanced GPT-3 language based A.I. chat bot.

On the desktop are sketchbooks which were drawn by hand, scanned, and used in the A.I. training process.

The installation is recreating and inviting the viewer to experience the creation process through the artists eyes. Essentially, I invite the audience to get lost within my journey of discovery and creation.

The prints have been made a designed in collaboration with A.I., sort off…

In essence when an image generating A.I. is being ‘trained’ on a dataset it tries to recognise, and in its resulting output replicate self-similarities from the images it was ‘fed’.

Most mainstream image A.I. (Midjourney, Dall-e, Wombo, Disco Diffusion etc.) are fed massive amounts of image data from various other artists and databases, a user generates images based on instructing the A.I. via text prompts describing a scenario and style or art, or even made to look like created by another artist.

I wasn’t concerned with creating art using text prompts and other artists’ styles. My main enquiry: “Can I train an A.I. solely using only my own previous art and get it to ‘draw’ like me?” (or at least provide a starting point for a new art piece)

I tried a few experiments, feeding it photos and scans of previous art I had created (paintings, street art murals, hand drawn sketches, canvas paintings) – the final 4 prints are based on dataset which contained a curated selection of 100+ sketches, all of which contained little to no colour added to them, mostly sketches scanned from a sketchbook.

The results were impressive, though mostly nonsensical abstract line work and shading, I did notice a similarity to the kind of marks I would make and layout I might use in my own sketches.

From the outputs I applied some pareidolia (a common feature I use in my practice) to find characters and forms within. Sketching in Procreate I highlighted certain existing parts, deleted others and finally finalised the pieces for print quality in Photoshop.

The resulting 4 finished prints are available as limited editions art prints in editions of 10. 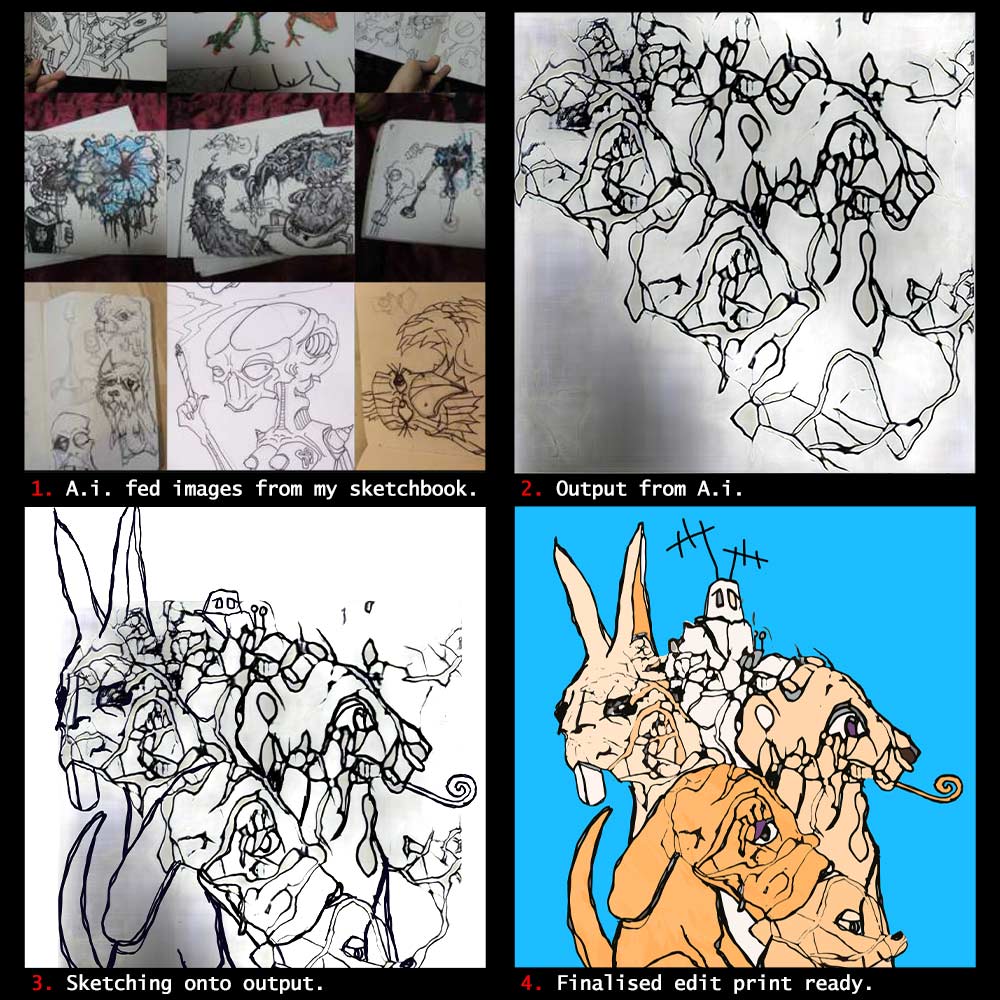 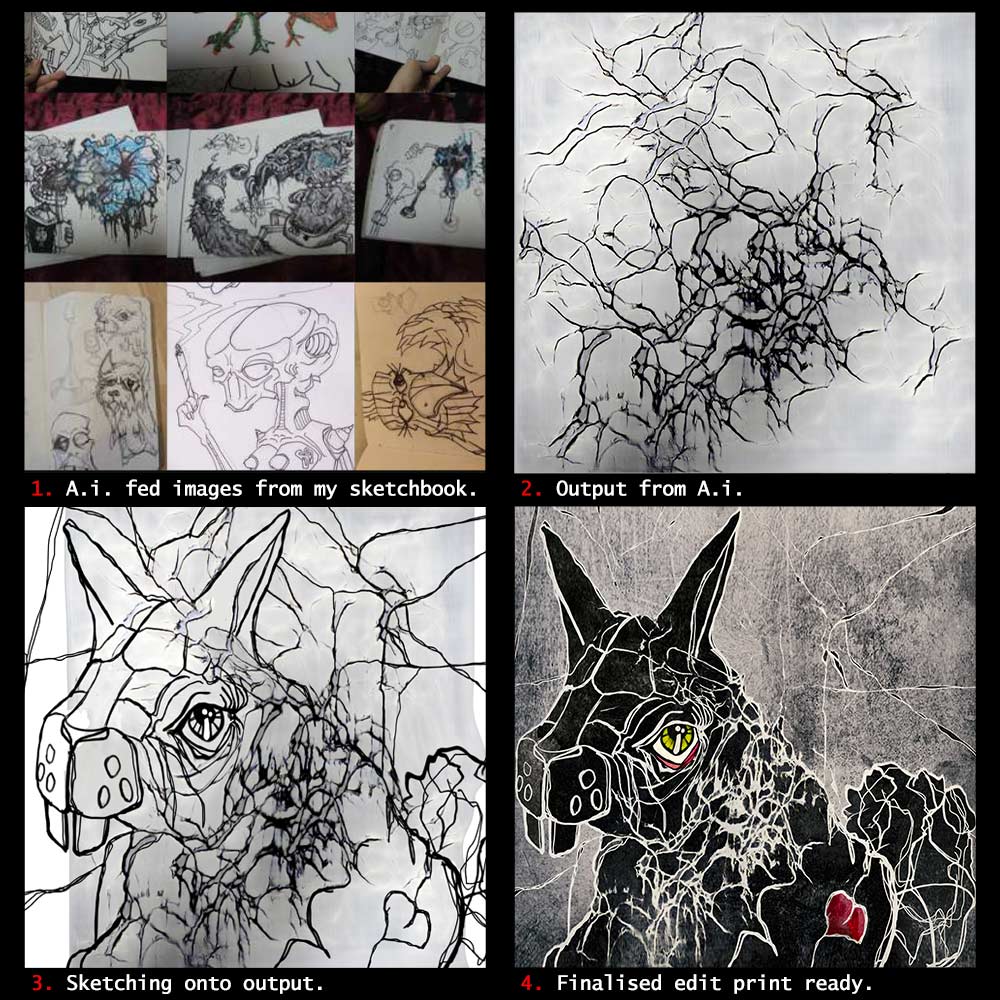 The video loop, an art piece itself, also functions as a window into the creation process, albeit somewhat coded and mystical, mirroring my feeling of the A.I. image generation process. The video jumps around between the various aspects of creating the prints and footage of me speaking to an A.I. on the topic of ‘A.I. art’. The 6-minute video loop and audio created for it are hypnotic and hallucinatory, it was important for me to convey the feeling of ‘going down the rabbit hole’, as I did, during the creation process. 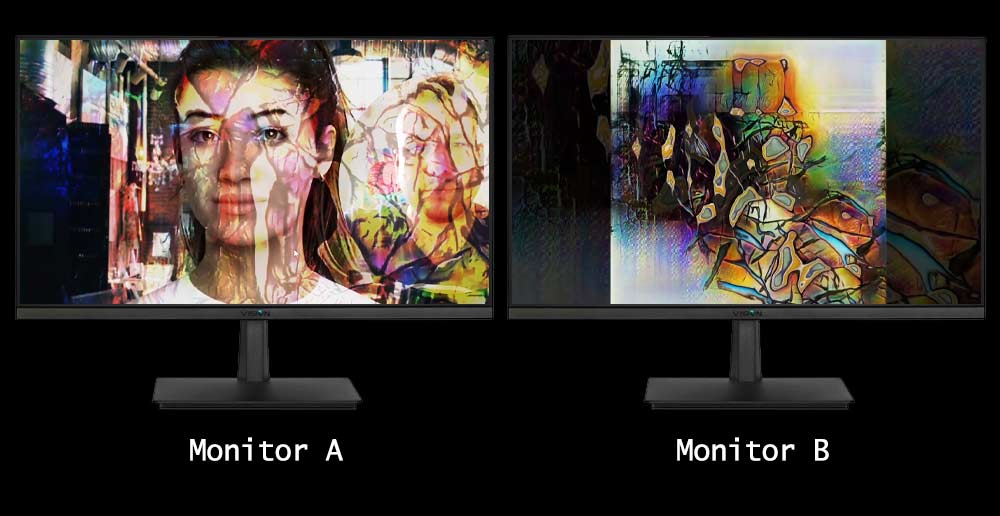 Some of the questions I posed to iamsohpie:

The 6-minute video loop consists of; 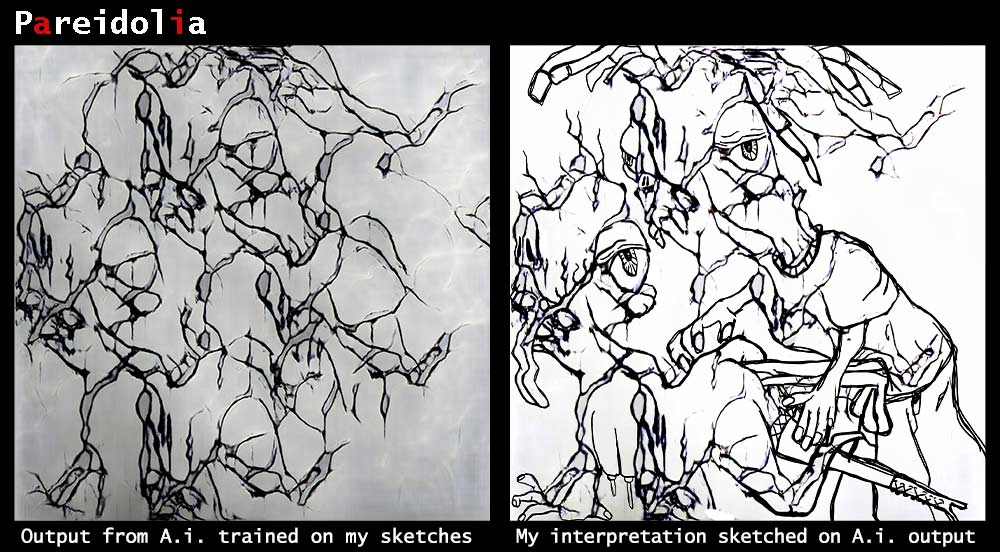 I’ve been following the developments in A.I. for some time, it’s a topic I find interesting and having collaborated with other artists who are using A.I. I really wanted to find some time to go down this rabbit hole myself. 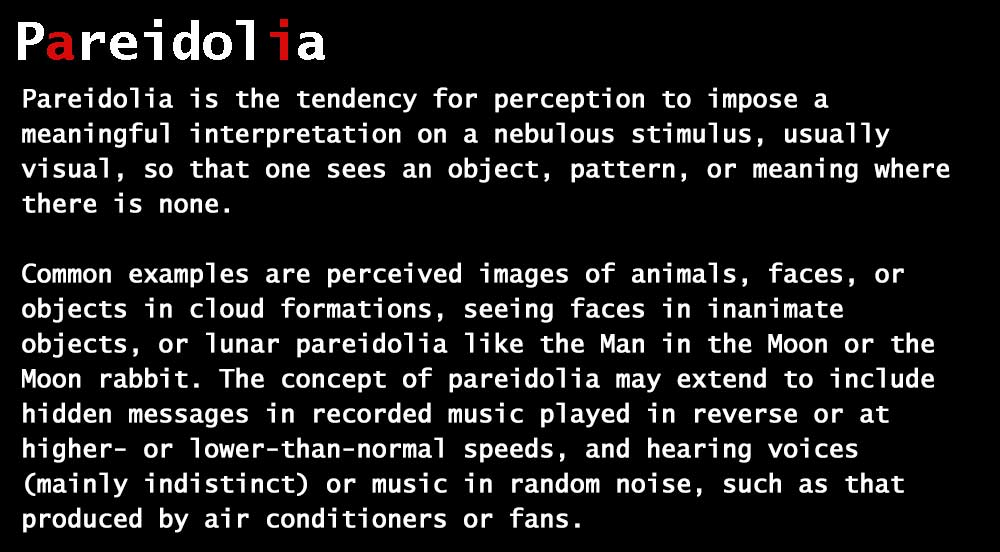