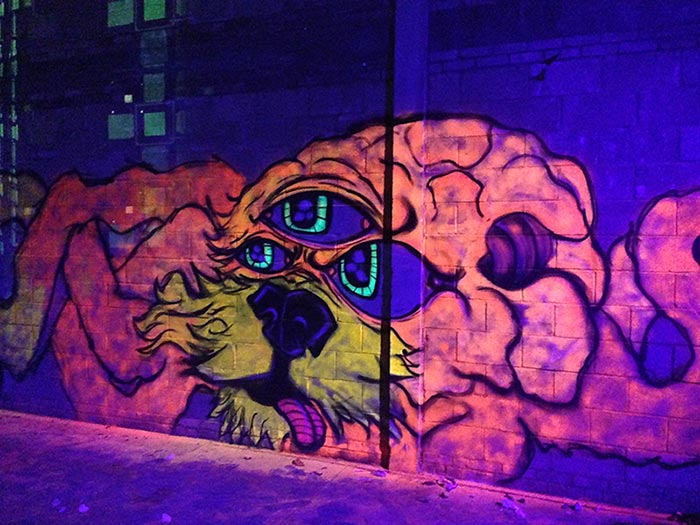 It was a pleasure to be invited by the French Invaders crew to paint A Black light graffiti mural at a London warehouse party 2016. It was a great event featuring some awesome DJ’s and visual projection mapping artists, lots of nice people met and a chance to reconnect with some old familiar faces, in summary – a bloody good party. 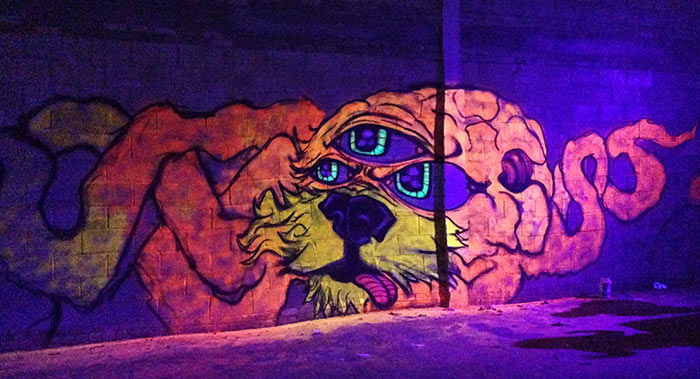 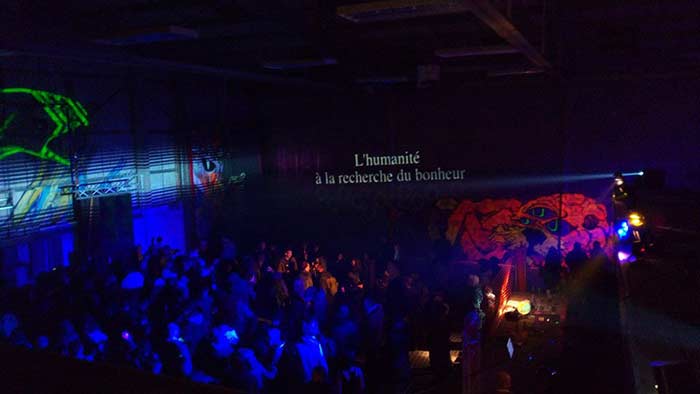 In the photo below you can see the piece in normal day light. Although not fully glowing as under black light it still has an extra neon quality to the paint.

As per usual I’ve been watching probably more conspiracy theory videos than what is the average recommended human allowance, as such I’ve had chimera’s, modified DNA and hybrid alien creatures on the brain. Looking back at it this is what led to this cat, dog, octopus, squid, lion, Chinese-dragon firey crossbreed. The concept was something I came up on the day a few hours before the party started, although I had some backup ideas, this just seemed to be the one. 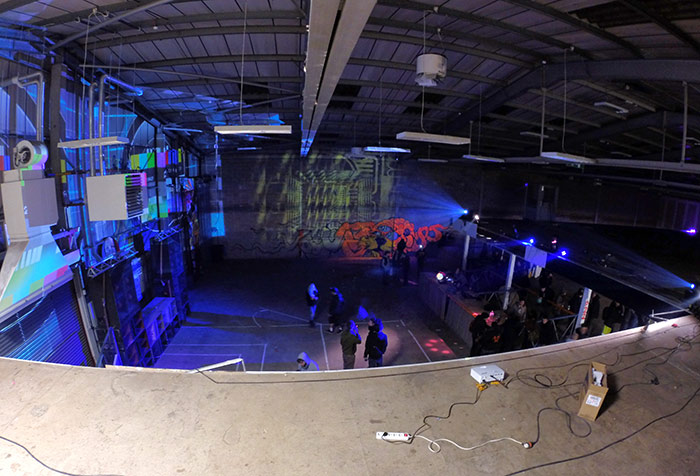 There wasn’t really a brief from the event organisers, I just had to paint something big and do it fast and make it black light reactive. The Neon UV colours of the graffiti piece looked really nice with visuals projected on top of it, something which I didn’t realise before, so it’s always nice to learn something new. 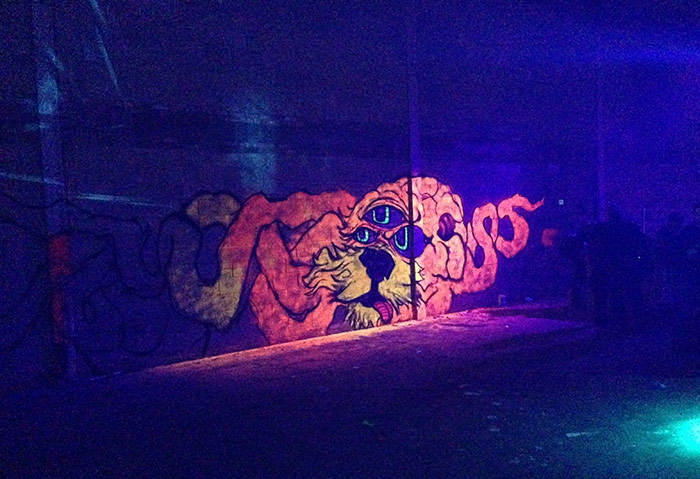 The black light art took around 2 hours to paint, it’s rather large and weighs in at around 2m high x 5m wide (it’s actually much wider, probably 10m but the UV light did not stretch that far, so only what you can see is visible in the otherwise pitch dark rave). I used a selection of spray paint brands including Montana and Kobra. I must say I’m really digging the Kobra UV reactive colours, Montana Gold series cans goes without saying are badass also. 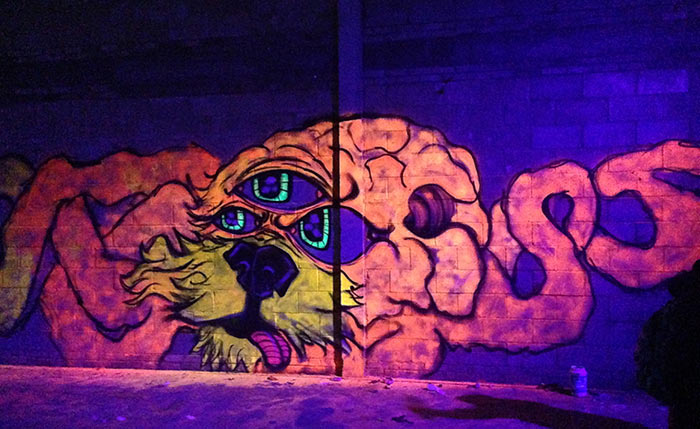 Enough talk, have a look at the photos, let me know what you think, if you need a black light artist for your event give me a shout using the link to the contact form at the bottom of the page. 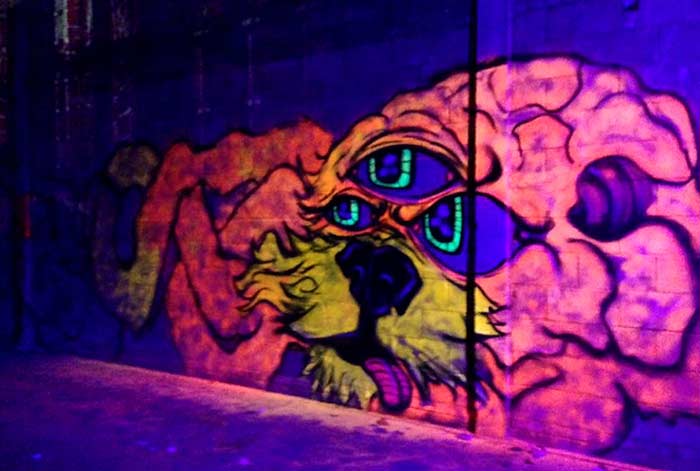 The below photo show the basic outline of the piece. 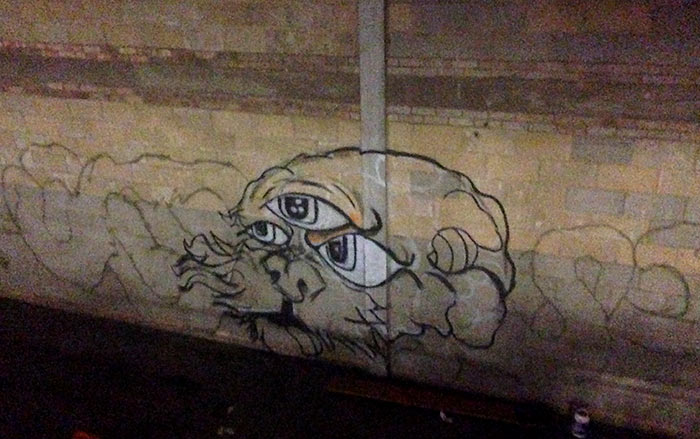 Below is a quick video clip where you can see some of the absolutely amazing visuals that were on display during the event. At the end of the clip you can see the camera panning to the black light graffiti art.